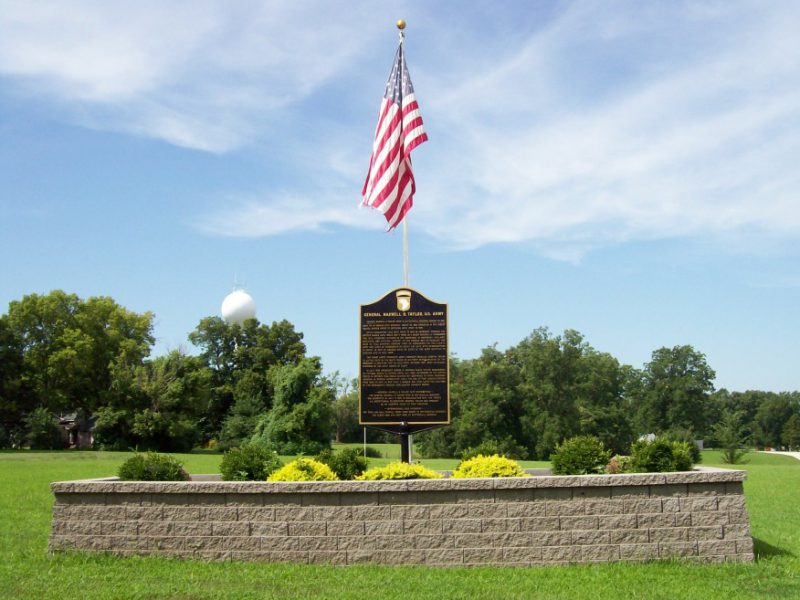 At a recent meeting the Keytesville Chamber of Commerce selected the present Maxwell Taylor Park Board as Volunteers of the Quarter. The current Taylor Park Board consists of Darrin Fox, President; Drew Wilkerson, VP; Cammie Benson, Secretary; and Susan Littleton, Treasurer. Jim Benson is also a member, but holds no office at this time. There are a few vacancies on the board waiting to be filled by appointment from the Keytesville City Council.

The present board has been responsible for several recent upgrades to the Maxwell Taylor Park, such as: installing new electrical fixtures at the shelter houses, repainting and reroofing one of the two shelter houses, sealing the basketball court, and installing tire chips and landscape timbers around the children’s playground area, etc. However, the biggest and most long awaited project to date for the Taylor Park has recently been achieved—that of securing funding for a fishing dock for the pond in the park.

For at least 5 years there have been conversations held by various organizations in town about the need for a fishing dock for the Taylor Park in Keytesville. Some efforts were made toward that end, such as contacting the MO Conservation Dept. about possible financial assistance and expertise, but these efforts always seemed to come to naught.

Apparently the stars and planets were aligned in the spring of 2019, when the Maxwell Taylor Park Board submitted an application to the Dred and Lula Finnell Trust Fund Board for funding for this project. Last year the Finnell Trust financed an adult outdoor exercise pavilion for the Maxwell Taylor Park which has been increasingly enjoyed by Keytesville’s citizens interested in maintaining their physical fitness and agility as well as visitors to the park from out of town.

The Finnell Trust this spring approved $15,295.00 to help finance this long awaited and much anticipated fishing dock project. Not only was the Finnell Trust happy to grant this request, but the Finnell Trust Board was impressed that the Maxwell Taylor Park Board had succeeded in getting other monetary donations toward this project from the Keytesville Chamber of Commerce, the Land Learning Foundation, and a donation of much needed labor from the Keytesville Lions Club. The Maxwell Taylor Park Board, itself, will only be out a minimal amount of money for this project since the Park Board operates on a very limited budget of a .1999 percent on $100 evaluation sales tax much of which is spent on mowing. To get the number of groups as well as individuals on board with donations and or work to do such a project for the betterment of the Maxwell Taylor Park and the Keytesville Community is a formidable accomplishment. The Keytesville Chamber wants to acknowledge the dedication of those on the Park Board that did the ground work for that effort and will see it through to completion.

It is hoped that the new fishing dock can be installed soon, and although it won’t be in place to be used during this year’s Lions Club Fishing Derby, it should be there for years to come for future events. The contract for the dock has been signed and efforts toward installation should start soon.

In going through records, it is believed that likely this achievement (the fishing dock) is perhaps the third most expensive thing the Finnell Trust has approved for the Maxwell Taylor Park—the first being new adult exercise equipment, second being the Memorial to General Maxwell Taylor located at the eastern entrance to the park off North Ash Street. The Finnell Trust has helped with numerous other smaller projects, such as park benches, bleachers, signage for the park, tire chips for the playground, and the original restoration of the caboose in the park just to name some projects over the last 20 years.

The current Maxwell Taylor Park Board is also planning further improvements for the future. Years ago, the Taylor Park became the home of a railroad caboose (and many towns in Missouri received cabooses from the railroads after their use was discontinued). The one in Taylor Park has been in need of a facelift for some time now as the original restoration performed on it has faded over the ensuing 20 years, and that project is on the agenda for the current board as well as work on the second shelter house in the park, plus a walking trail which has been requested by numerous individuals who enjoy the park and would enjoy it even more if such a walking trail existed.

One lesson to be learned from the Park Board’s achievement is that small towns often cannot depend on some other entity other than their own local entities to help them make things they want to happen do so. The Maxwell Taylor Park Board realized the need for the fishing dock, tried seeking resources within their own community, and found a willing coalition of interested parties to make the fishing dock project for the Taylor Park happen. The Keytesville Chamber of Commerce salutes the Maxwell Taylor Park Board as Volunteers of the Quarter. Congratulations!

Volunteers of the Quarter